"Sankt Martin ritt durch Schnee und Wind, sein Ross, das trug ihn fort geschwind" - countless children sing the famous Saint Martin's song every year on 11.11. as they parade through the streets with colorful lanterns on Saint Martin's Day. But who was Saint Martin and what are these typical German customs all about?

Martin of Tours lived in the 4th century in what is now Hungary, which at that time belonged to the Roman Empire. He is one of the most famous saints of the Catholic Church and is also venerated as such by the Orthodox, Anglican and Protestant churches.

He is considered the founder of Western monasticism, who led an exemplary life. That is why he is the first saint to be canonized not because of martyrdom, but because he did nothing wrong until the end of his life and lived the teachings of Christianity.

According to the legend, Saint Martin rode past a freezing beggar on a cold winter day. The man had neither shoes nor warm clothes on. Full of compassion, Martin shared his warm coat with his sword. He gave the beggar half of his coat and saved him from freezing to death. During the night, the beggar with half his cloak appeared to Martin in a dream and revealed himself as Jesus Christ.

The customs around St. Martin's Day

St. Martin's Day includes several customs and traditions that are celebrated annually on November 11. This is the day on which Martin of Tours was buried in 397. The devotion to Saint Martin began around the year 400 and since the year 450 his grave has been a popular pilgrimage destination. However, the customs are not only celebrated there, but throughout Central Europe.

Among the most important customs and traditions on St. Martin's Day are:

The traditional meal includes a roasted St. Martin's goose. In Germany, it is served with red cabbage and bread dumplings or potato dumplings. Since the 17th century, a goose poem has also been recited before or during the meal. However, this is not done in all parts of Germany.

The sharing of coats influenced the custom of the Saint Martin procession. In it, a man dresses up as Saint Martin and rides ahead on a white horse, while children with homemade lanterns follow him. At the finish line, the sharing of the coat is performed in a small role play. Afterwards, the children are often given a sugar pretzel or other pastry.

This form of the Saint Martin procession has only existed since the beginning of the 20th century. Before that, there were also occasional lantern processions, but the Martin riding in front and the subsequent role play were added and made it an annual tradition.

In some places, the procession is concluded with a large St. Martin's bonfire.

The singing of St. Martin is also quite widespread. The children go from house to house with their lanterns and sing at the door in exchange for sweets or pastries.

Popular songs while walking with lanterns are for example:

The celebrations of St. Martin's Day in Germany are based on traditional customs, including St. Martin's goose, the St. Martin's parade, and the singing of St. Martin. Especially for children, it is great fun to walk through the streets together, singing with a lantern and getting a cookie afterwards. 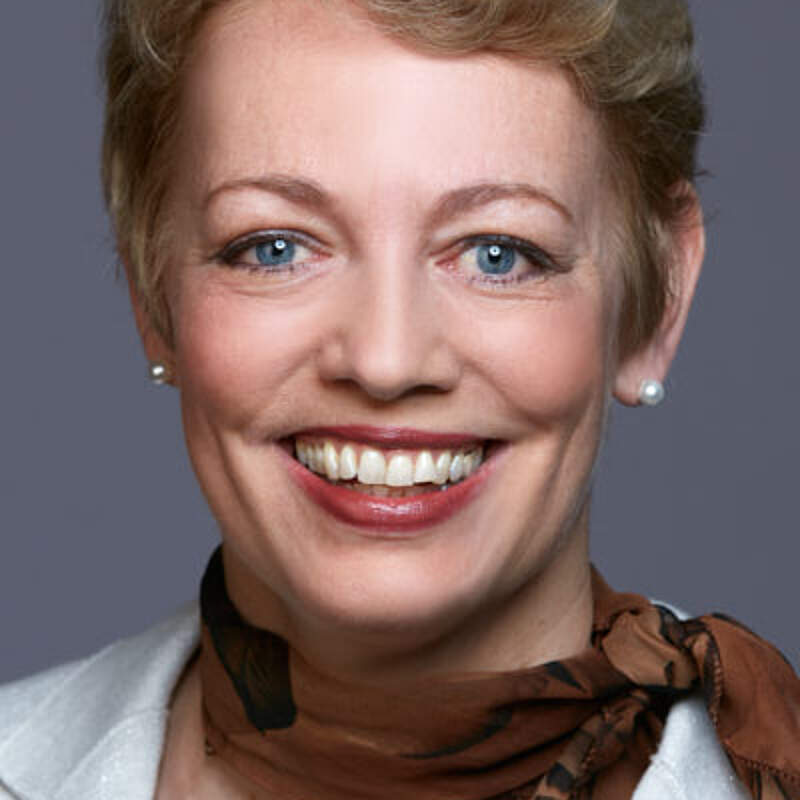 About the Author
Regina Rilke

At the age of 16 Regina Rilke spent 1 year in San Antonio, Texas and from then on she became passionate about languages and traveling. After graduating from high school and training as a travel agent, she studied business administration and spent 6 months in southern Chile as part of her internship semester, sponsored by the Carl Duisberg Society at the time. She also trained as a European language instructor and, after working in the advertising and construction industries in sales, she has now returned to her roots, the education sector. In July 2021, she took over the management of the Carl Duisberg Training Center in Berlin. In addition to English and Spanish, she also speaks French and a little Swedish.